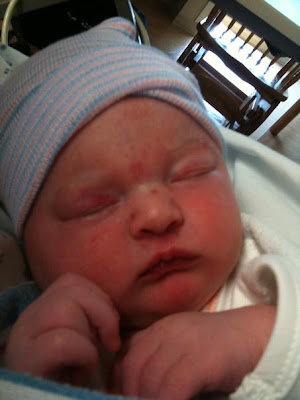 We are happy to announce that Isabella Eve Lasher graced us with her presence on April 5, 2010 at 11:30am at Brandon Regional Hospital! She weighed 8 pounds 3 ounces and measured 20 inches long... a very healthy little bundle of joy!

The Lasher Family
We're now a family of 4, living the dream in the 'burbs of Tampa, with our loyal canine companion.